Subscribe to the Beano comic
With a Beano comic subscription kids get a weekly helping of crazy comic fun. Get Beano delivered (free delivery in the UK) straight to your door before it’s even in the shops! Beano is Britain's favourite comic and home to the Bash Street Kids, Minnie the Minx, and Dennis and Gnasher. Dennis and Gnasher are so famous they even have their own smash hit TV show on CBBC and Netflix – Dennis & Gnasher: Unleashed!

When will we receive our first issue?
UK subscriptions ordered today will begin with the issue dated 14-NOV, which will arrive with UK subscribers by 11-NOV.

- Get kids giggling, loving reading, and fill them up with pranks and jokes.

- The Beano comic is weekly – that’s right, you’ll get a new issue every week (50 issues a year, with one bumper issue at Christmas).

- Save on the shop cover price!

Buy a Beano subscription as a gift
A Beano subscription makes the perfect gift for kids. Whether you’re looking for a fun magazine for a child or grandchild, or there’s another household you think deserves a good giggle, Beano’s got you covered.

A Beano subscription is best. Still not sure? We answer your questions:

What age is Beano for?
Beano is made with kids aged 7 to 11 in mind, but we know of lots of people – younger and older – who love Beano too.

How often will I pay?
The Direct Debit price is paid in quarterly instalments (that’s every three months). If you choose one of our pre-pay options you’ll pay the full amount now.

What day does Beano come out?
Subscription comics are dispatched on a Thursday via second class post. Estimated UK arrival is between Monday and Wednesday. Beano goes on sale in the shops on Wednesdays. Subscribers should receive the comic before it's in the shops. 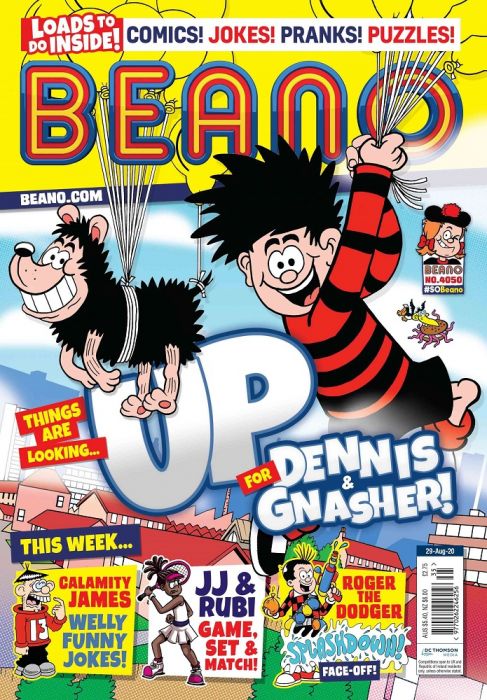 *£8.95 subscription offer is available to recipients within the UK when paying by Direct Debit only. UK bank accounts only. First payment £8.95 then £18.75 per quarter thereafter. Please allow up to 28 days from receipt of payment. For overseas enquiries, please call: +44 1382 575580 or email shop@dctmedia.co.uk.