This year The People’s Friend celebrates its 150th birthday with a year-long series of special commemorations. The People’s Friend has a very dedicated readership and subscribers, which has helped it endure for the past 150 years. We caught up with Editor-In-Chief Angela Gilchrist to find out the plans to mark the occasion and what keeps the “Friend” so near and dear to readers’ hearts. 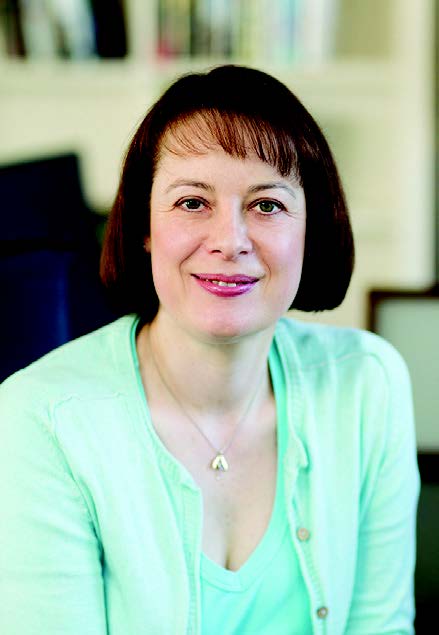 Q. A lot of work goes into each edition of The People’s Friend – what has been the drive for all these years?

We’re proud to have maintained the founding values of the magazine. They are embedded into the ethos of the magazine – this is what the “Friend” is about and what it stands for.

The famous founding statement which was in the first issue talks about ‘Nothing in the columns intended to corrupt the morals of young or old’ and that is very much the principle of the magazine. There will be nothing to upset or offend. The “Friend” is all about entertainment so people feel better for reading it, not saddened, upset or frightened in any way.

Q. With all the magazines and online publications available to readers in this day and age, how has the “Friend” stayed relevant and so beloved?

I think that regardless of how up to date you are with what’s happening in the world around, there are moments when you just want to step back and have a bit of escapism and that’s really what we offer.

In its 150-year history The People’s Friend has survived massive social upheaval, world wars, strikes and natural disasters, and through it all, it’s continued, dispensing entertainment, comfort and good cheer, acting as a true friend to its readers in good times and in bad.

It’s not unusual for people to read the “Friend” every single day for 40, 50 or even 60 years. Or for one, two or even three generations of the same family to pass on the habit of reading the “Friend”.

Q. This anniversary makes The People’s Friend the longest running women’s weekly magazine in the whole world – what’s your secret?

Reaching this milestone is amazing and is proof of the relationship we have with our readers. No other magazine can come close to this. And that more than anything is what has made it flourish for 150 years.

Readers tell me how much they look forward to the magazine coming though their door every week. They say it’s like welcoming a friend in to their home.

It’s not unusual for people to read the “Friend” every single day for 40, 50 or even 60 years. Or for one, two or even three generations of the same family to pass on the habit of reading the “Friend”.

We had the party on January 9 and it was a triumph, with lots of surprises and special guests.

We have a symposium on The People’s Friend in April at Glasgow’s Mitchell Library in conjunction with the University of Strathclyde with a day of talks about the magazine’s place in publishing history.

And in May, the Scottish Storytelling Centre in Edinburgh will mount an exhibition of original cover art and run a series of events. We are also inviting our readers to a weekend at Alvaston Hall, Crewe to meet the team behind the magazine, hear about the history of the publication and take part in “Friend” activities.

Later in the year, we have planned a further series of talks will take place at the National Library of Scotland in Edinburgh. There are also plans for short story writing workshops during the anniversary year.

Q. Finally, what’s your favourite thing about The People’s Friend?

I love everything about the “Friend” – its history and heritage, its innate cheerfulness, the quality of its content, the fabulous team that works on it and most of all its amazingly loyal readers.

To receive "The Friend" every week, buy a subscription to "The People's Friend" here.

Find out more about the 150th anniversary on The People’s Friend website.