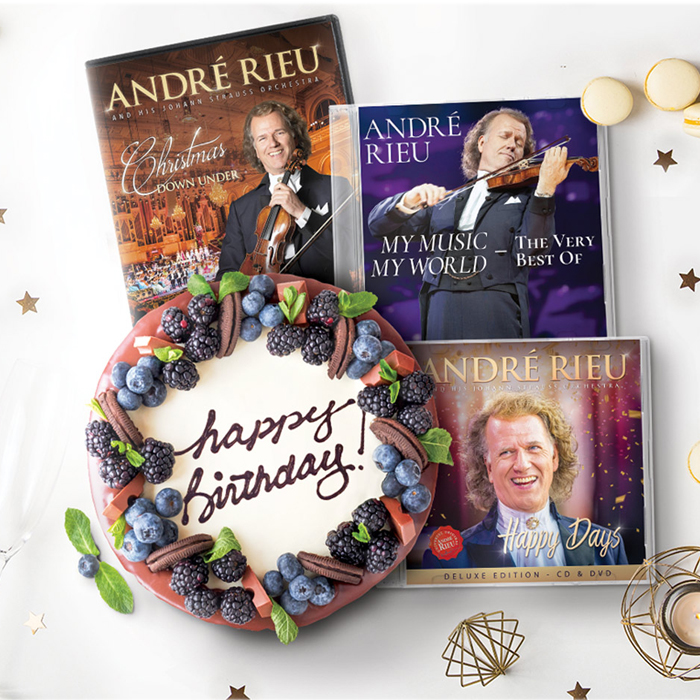 Musical legend André Rieu celebrated his 70th birthday on 1st October 2019 and we're keeping the celebrations going! It has been an incredible journey for André; growing up in a musical family, his church choir days, his marriage to Marjorie, The Salon Orchestra, forming The Johann Strauss Orchestra, the breakaway success of The Second Waltz and his record-breaking world tours. We are huge fans here at the DC Thomson Shop so we’re looking back at just a few highlights from the life of the ‘King of the Waltz’, his Johann Strauss Orchestra and some very special friends from his incredible life & career.

1949 - André was born the third child of his parents soon to be joined by two more brothers and another sister. He showed early promise and fascination with the violin and before long, at only age five, he picked up his very first violin and fell in love with it. A love that would last a lifetime and shine through at every performance.

1975 - André married his “great love”, Marjorie and they went on to have two sons, Marc & Pierre. Pierre would later go on to join the business, André Rieu Productions, working alongside his father.

1987 - André founded the Johann Strauss Orchestra, named after André’s admiration for the composer Johann Strauss. The orchestra consisted of only 12 musicians in the beginning but today there can be 50-60 musicians on the stage at some larger concerts on their many amazing tours! André says “When we travel, we really have an incredible amount of fun together. After all, if you can't live together in joy and harmony, how can you expect to give beautiful concerts?” Click below to see how you can catch André and his orchestra LIVE in concert!

1994 - “From Holland with Love” was released and turned out to be a huge hit and a breakthrough for André’s music. One of the tracks on this album was the “Second Waltz” that became so famous, the album stayed in the top 10 for over a year! A year later, André performed this beautiful waltz at an international football match in Germany and the album shot into the top 5 instantly! Watch the amazing performance HERE

2009 - After years of sell-out world tours and annual concerts in his hometown of Maastricht, André visited the UK to perform at the Royal Variety Performance in front of her majesty the Queen & Prince Phillip and won the hearts of the whole country in the process. Watch his performance HERE

2011 - Academy Award-winning actor Sir Anthony Hopkins composed “And The Waltz Goes On” with Rieu specifically in mind to perform it. He said “I’ve been a great admirer of André Rieu for several years. He’s a great musician. My wife and I had the same dream of meeting him one day, so I’ve sent him some music that I wrote. It’s a dream come true for me that André performed it with his orchestra. I’m totally knocked out by the result. It’s even more than I expected!”

2013 – André releases “Happy Birthday! 25 years of the Johann Strauss Orchestra” to celebrate the silver jubilee of the orchestra. The DVD revisits some of the highlights of their 25 year career touring with André all over the world. He called the release a “reunion” of many friends past and present coming together to celebrate the Johann Strauss Orchestra.

2019– Happy Birthday André Rieu! Can you believe André has turned 70 years young? Celebrate this milestone with these THREE new releases! 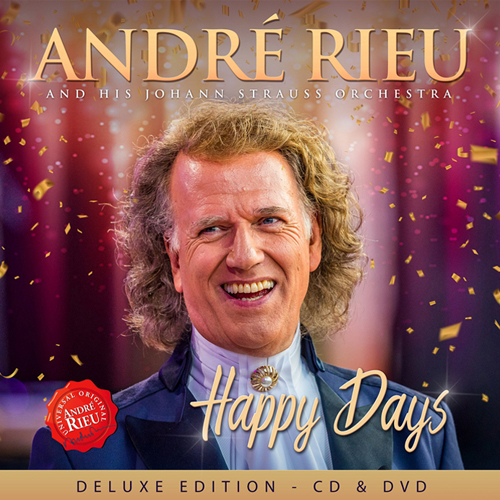 This album celebrates André Rieu’s amazing career. Full of fittingly celebrational classics such as Amigos Para Siempre (The official Anthem of the 1992 Barcelona Olympics), Buglers Holiday, Those were the days, I Could Have Danced All Night, With A Little Bit Of Luck (from My Fair Lady) and Eviva Espana to name just a few. Pre-order now! 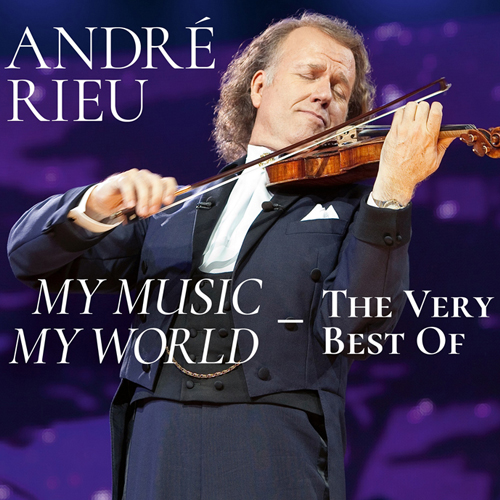 My Music, My World - The Very Best Of features many of his greatest hits, waltzes, operas, musical and movie themes and the song “Happy Birthday” to celebrate this wonderful occasion. Pre-order now! 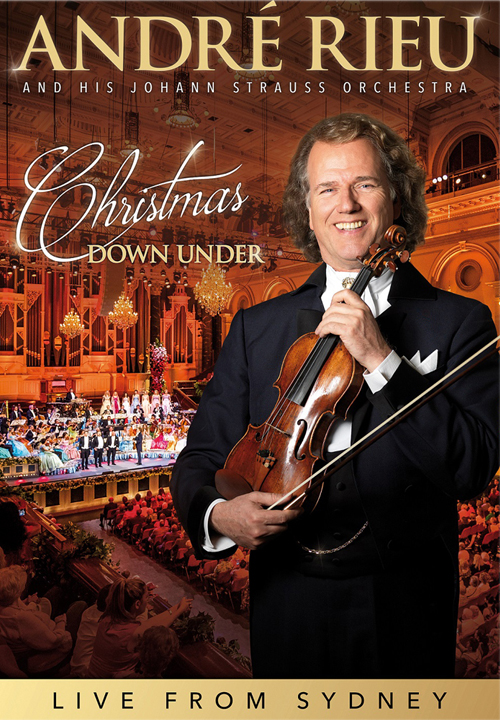 Are you feeling festive yet? You can also pre-order the “Christmas Down Under” DVD which captures the magical concert recorded at Sydney’s iconic town hall in 2018.

Look out for more of André’s birthday celebrations at the DC Thomson Shop on our Facebook & Instagram pages: