Pre-order for delivery from mid-October.

In Philip Davies’s first bestselling book Lost London, 1870-1945, readers were mesmerised by the wealth of information early photographs of London conveyed, yet these images were taken from just a single source.

In London: The Great Transformation, 1860–1920 he has assembled a stunning collection of over 800 carefully restored historic photographs that depict London in the throes of immense change as the fabric of the medieval and Georgian city was transformed by the forces of modernity. It reveals the twin poles of prosperity and poverty which shaped its myriad neighbourhoods and the lives of the people who inhabited them. With its haunting images of places and people long since passed into the limbo of time, this matchless book provides a fascinating glimpse into the very soul of London. Philip Davies has crafted another publishing phenomenon.

‘This book is an essential companion for all who love London. It makes the city’s complex history more accessible and gives added meaning to what survives. But – perhaps more significantly – the photographs allow lost London to be conjured back into existence so that, with a little imagination, we can walk its streets and gaze into the faces of long gone generations of Londoners.’ - Dan Cruickshank. 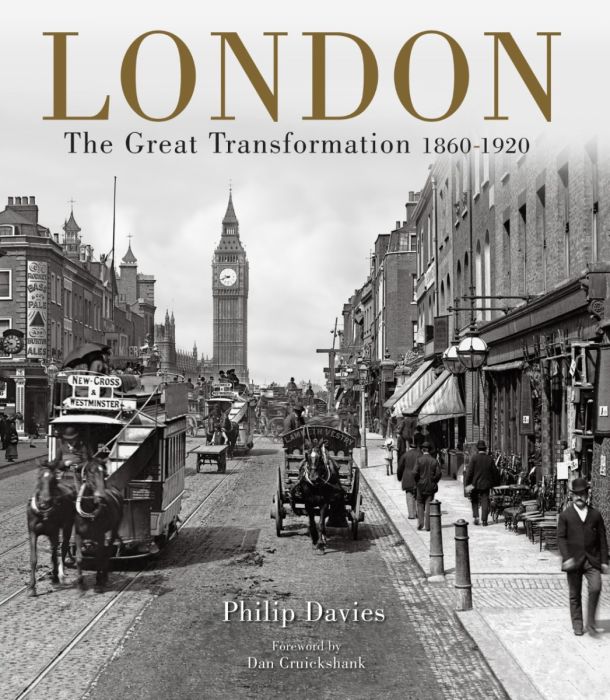 The estimated delivery for this item is mid October