On 29 March 1959, The Navy Lark sailed the airwaves for the very first time.

Starring Leslie Phillips, Jon Pertwee and Stephen Murray, with regular appearances from Ronnie Barker and Heather Chasen, it soon became a radio favourite and ran for 18 years – one of the longest-running BBC sitcoms.

Bonus items include a mini-episode from The Light Entertainment Show; two crossover episodes from spin-off series The Embassy Lark: National Grumpschnog Week (12 April 1966) and Sub-Lt Phillips Drops In (16 April 1968), and a discussion from Bob Holness Presents: Farewell to the Paris, which sees Leslie Phillips and Jon Pertwee reminiscing about the making of The Navy Lark.

So step aboard HMS Troutbridge for laughs ahoy! 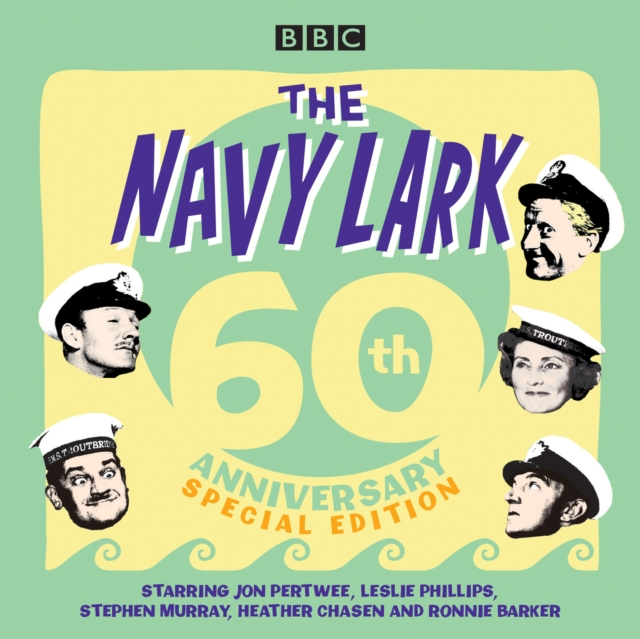 PLEASE NOTE: The CD inlay makes reference to the programme Left Hand Down a Bit. This programme is not included in the collection.