£25.00
Buy all four volumes from the Classics Collection and save £10.96
"Beholden to None" - Jennie Cairns
Kathleen returns to her Scottish hometown of Kilmarford to carve out a life for herself and her son, Kenny. She yearns to be judged on her own merits, but past connections cast shadows on to the hopes of a peaceful life ...
"The River Calls Us Home" - Betty McInnes
From the moment of her birth, Christina Kennedy’s fortunes are inextricably entwined with those of her home city of Dundee. As the daughter of one of the whaling industry’s last captains, she enjoys a privileged and prosperous upbringing – but harder times lie just around the corner.
"The Inheritance" - Annie S. Swan
When the prominent and wealthy owner of a Dundee jute mill makes a shocking amendment to his will, he could not have predicted the consequences it would have for his family. His large home in Newport-on-Tay is to be left to his grandson, Tom, but not without a catch. To inherit, Tom must marry his friend Katherine Lundie within eighteen months. To the frustration of his parents, Tom insists that he will never marry Katherine. The arrival of a young woman with a mysterious past complicates matters even further, and triggers a chain of events that could spell tragedy …
"A Maid of the Isles" - Annie S. Swan
During a stormy night on the Isle of Skye, Dr Peter Mathieson responds to an emergency call and becomes embroiled in a scandal that must be kept secret . . .
Years later, the free-spirited and rebellious Margaret Mackinnon strikes up an unusual friendship with Angus Macleod of the sheiling, much to the annoyance of Margaret’s mother, Lady Mackinnon.
Margaret and Angus are set adrift from each other, but a chance meeting in adulthood transforms their friendship into something more.
Is Margaret and Angus’s relationship fated, or will schemes and secrets tear them apart?
Skip to the end of the images gallery 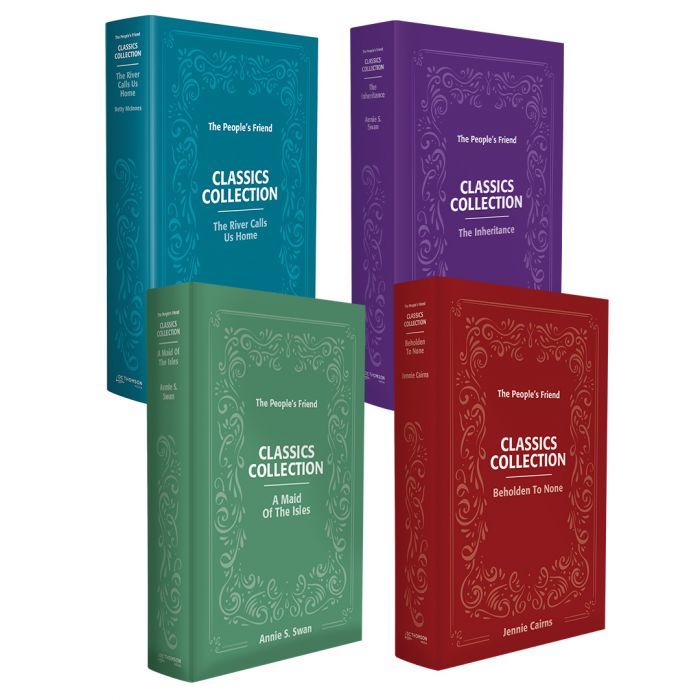