Commando Death in the Desert Clock

This stunning clock featuring Death In the Desert artwork is a must-have for any Commando fan.

Death in the Desert by Jeff Bevan appeared on the cover of Commando Comics issue number 962 in 1975.

Since its first issue in 1961, Commando Comics has brought its readers thrilling tales of heroism, valour, and comradery. Still printing today, and with over 5,400 amazing issues, Commando remains the longest-running British war comic ever! From its debut, Commando has been well regarded for its stunning artwork with subjects spanning land, sea, and air! 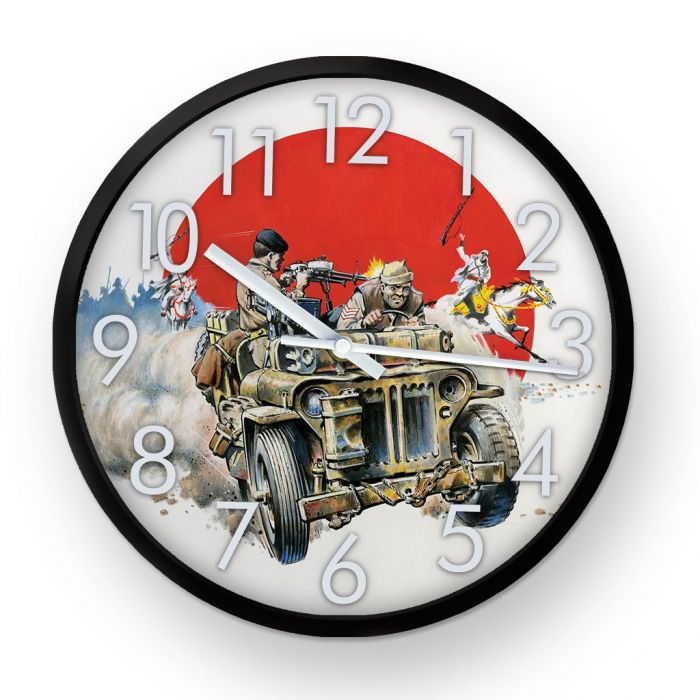 Made from birchwood and glass front, clock numbers are printed inside the glass