Killer Crew by Ken Barr appeared on the cover of Commando Comics issue number 139 in 1964.

Since its first issue in 1961, Commando Comics has brought its readers thrilling tales of heroism, valour, and comradery. Still printing today, and with over 5,400 amazing issues, Commando remains the longest-running British war comic ever! From its debut, Commando has been well regarded for its stunning artwork with subjects spanning land, sea, and air!

The Classic Covers collection was curated by Commando’s Designer Grant Wood and includes some of the best covers from Commando’s archives, featuring artwork by Ian Kennedy, Ken Barr, Penalva and more!

This cover comes as a print or canvas, both in a variety of sizes. Prints can be framed or unframed. 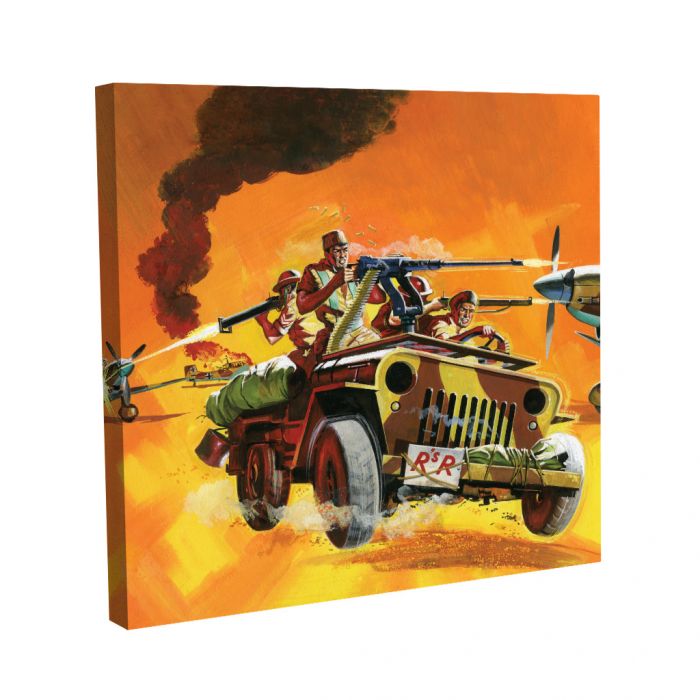