Oor Wullie says: It’s a sair fecht. Literally ‘a sore fight’. Ideomatically ‘a hard life’ or something like that. 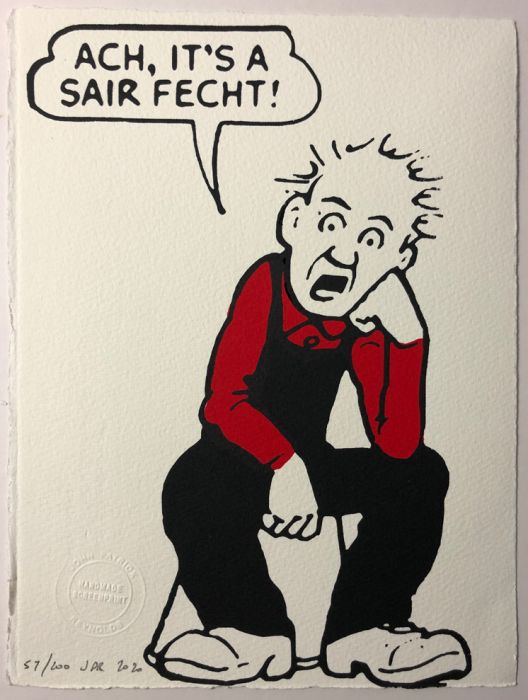