Oor Wullie says: You canna win. Well, he’s right again. This panel is taken from The Sunday Post, Dundee, which has been carrying strips featuring Oor Wullie – and his sister strip The Broons – since 1936. 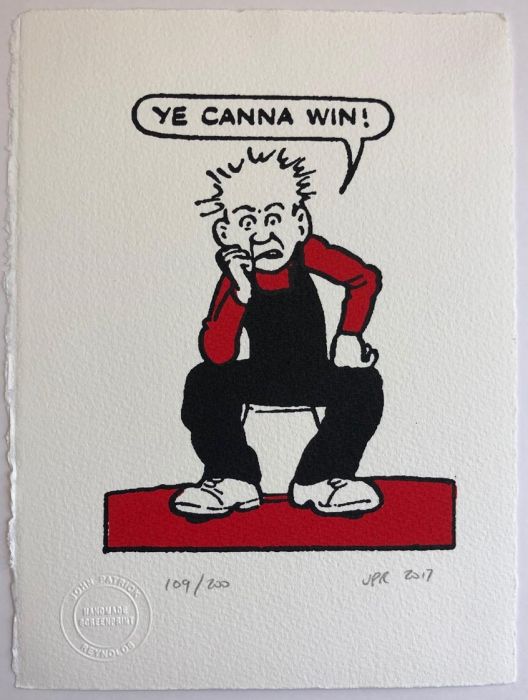