Oor Wullie says it’s a braw day – apparently the word ‘braw’ has Norwegian roots. For anybody not familiar with the word, it means ‘great’. 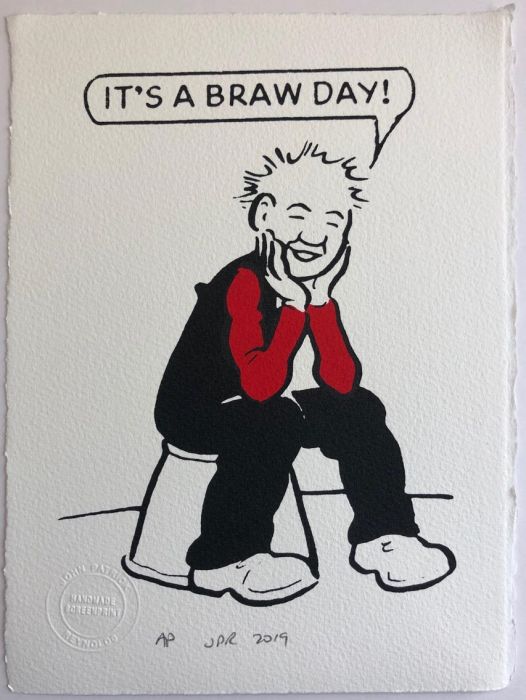