Account
We are currently moving warehouse and this may result in a slight delay to a small number of product orders this week. We are working to minimise this. This does not affect subscription orders. Thank you for your understanding.

Paul Murton continues his loch-hopping odyssey in this second series of Grand Tours of Scotland's Lochs. There are tens of thousands of lochs in Scotland, from the great freshwater lochs of the central highlands, the fjord-like sea lochs of the west coast, to the innumerable lochs and lochans that scatter the open moors or nestle in dark mountain corries. Each one of them has a story to tell, and Paul sets out to explore these uniquely Scottish bodies of water, meeting the people who live close to their shores. 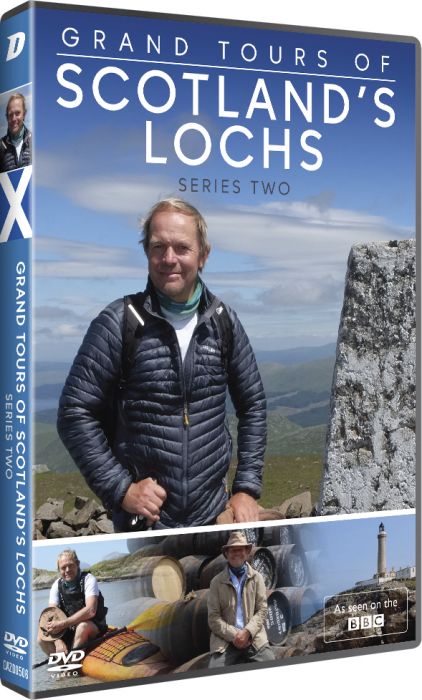 1. From Loch Sween to Loch Awe: Written in Stone
2. From Loch Torridon to Loch Carron: Take My Breath Away
3. From Ardnamurchan to Loch Leven: From Point to the Pap
4. From Flow Country to Loch Hope: Under Wide Skies
5. From Loch Ryan to Merrick: Hidden Lochs of Galloway
6. From Campbeltown Lochgilphead: Decline and Fall