Oor Wullie Gets His Bike Out Screenprint

Handmade, limited edition screen print on cotton paper, mould-made at the St Cuthbert Mill in Wells, Somerset.
25cms x 19cms
Signed and numbered (out of 200) in pencil by the printer, John Patrick Reynolds. 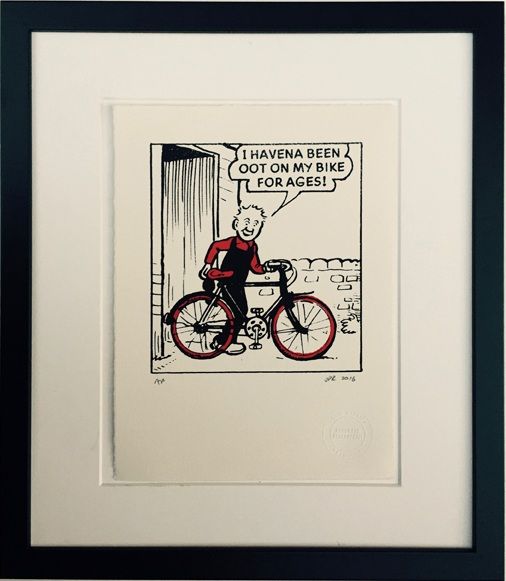 Oor Wullie gets his bike out and says: I havena been oot on my bike for ages!

This panel is taken from The Sunday Post which has been carrying strips featuring Oor Wullie – and his sister strip The Broons – since 1936. The strip was drawn by the legendary draftsman Dudley D. Watkins, who continued to draw the characters until his death in 1969.

Perfect to bring some colour and humour into your home or office!