Lifted Over The Turnstiles Volume 2

Pre-Order for delivery in November!

The runaway success of 2018’s best-selling Lifted Over The Turnstiles proved there are few things that stir the pride of a football fan more than photos of the most iconic buildings they have ever known – their club’s home ground.

Lifted Over The Turnstiles Volume 2 expands and improves upon the first book, showing grounds as they were meant to be experienced, full of supporters cheering their heroes on.

Hibs, Dundee United, Aberdeen, Rangers, Motherwell, Kilmarnock and more feature in Volume 2 as well as a lengthy look at Hampden.

There are also chapters focusing on aspects of football grounds that have been forgotten - dugouts, segregation divides and more.

Lifted Over The Turnstiles Volumes 2 and 3 are, as former Scotland boss Craig Brown says in his foreword, “A photographic masterpiece.”

Order Volumes 2 and 3 as a great-value pack. View here. 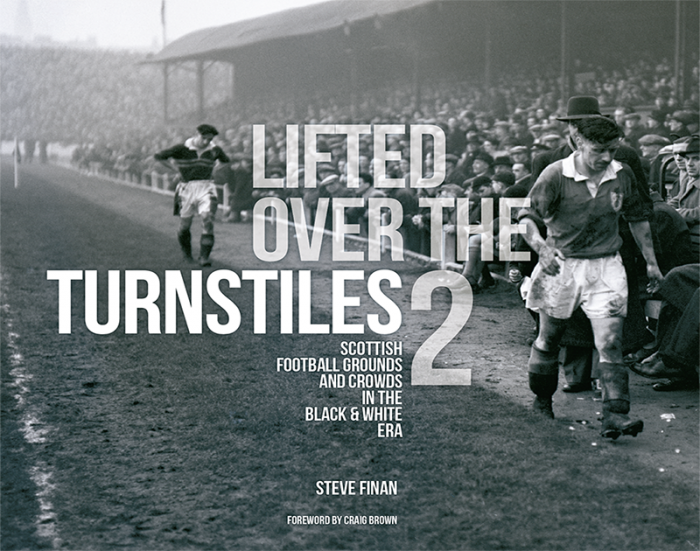 The estimated delivery for this item is November
Reviews