£24.99
John Shrapnel and Robert Glenister star in three full-cast dramas featuring Inspector Morse.
THE BOOK
Three BBC Radio 4 full-cast dramatisations starring John Shrapnel as Morse and Robert Glenister as Lewis, plus a bonus reading by Colin Dexter of one of his short stories.
In Last Seen Wearing, Inspector Morse is reluctant to take over an old missing person case from a dead colleague. But two years, three months and two days after teenager Valerie Taylor’s disappearance, somebody decides to supply some surprising new evidence. . .
In The Silent World of Nicholas Quinn, Inspector Morse tackles the murder of an exam invigilator. The newly-appointed member of the Oxford foreign exam syndicate was deaf, and he wasn’t from the insular world of the Oxford colleges. Now he is dead.
After he’s rushed into hospital, Inspector Morse becomes intrigued by an old crime in The Wench is Dead. Could the wrong men have been hanged for the murder of Joanna Franks?
Plus Colin Dexter reads his own short story, The Double Crossing, in which it is a good first day for a certain detective named Lewis.
Skip to the end of the images gallery 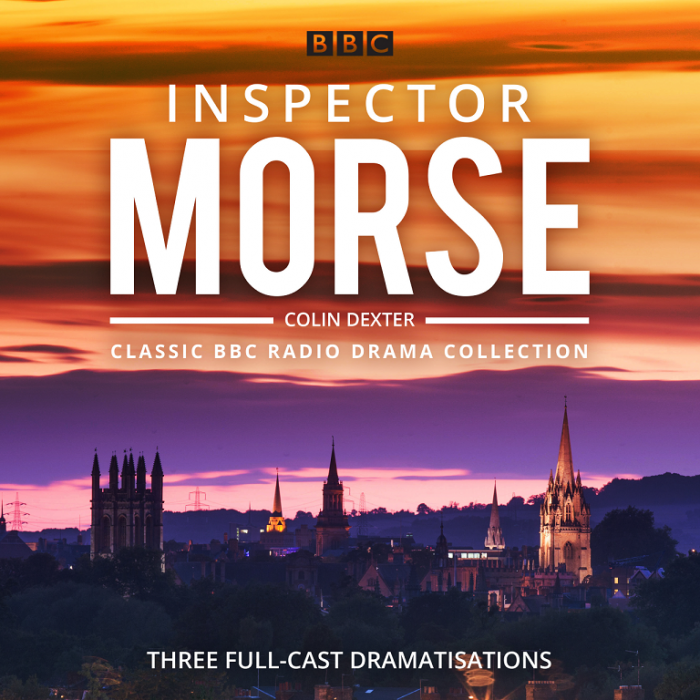 Gripping, suspenseful and entertaining, these BBC Radio 4 cast dramatisations were adapted by Guy Meredith from the original Inspector Morse novels by Colin Dexter.