Paw Broon says: Puff pant. We love the way Watkins has arranged his limbs as he runs. Such care has been put into the balance of the panel – with little vertical shapes left and right. 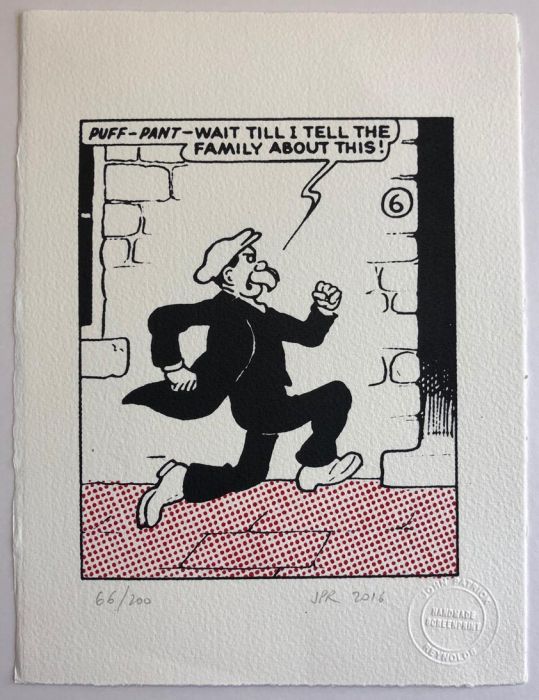