For the first time in its 57-year history, Commando presents a full colour graphic novel! Revitalising its original black‑and-white pocket‑sized interior artwork with explosions of colour, and blowing it up to a full‑sized graphic novel format, we’ve collected the first two issues of the classic Ramsey’s Raiders comic series about a rag-tag team of maverick soldiers operating behind enemy lines!

Ramsey's Raiders
Led by the roguish Captain James Ramsey, the Raiders are a motley bunch: two Scotsmen, an Englishman, a Welshman, an Irishman, and an Australian. They play by their own rules and are good at their job — very good — so the Germans have every reason to fear Ramsey’s Raiders!

The Raiders Return!
They’re back… this time in German-held Sicily! When their jeeps are destroyed, they’ll show the Nazis that a captured German staff car can make an equally effective — and deadly — form of transport! 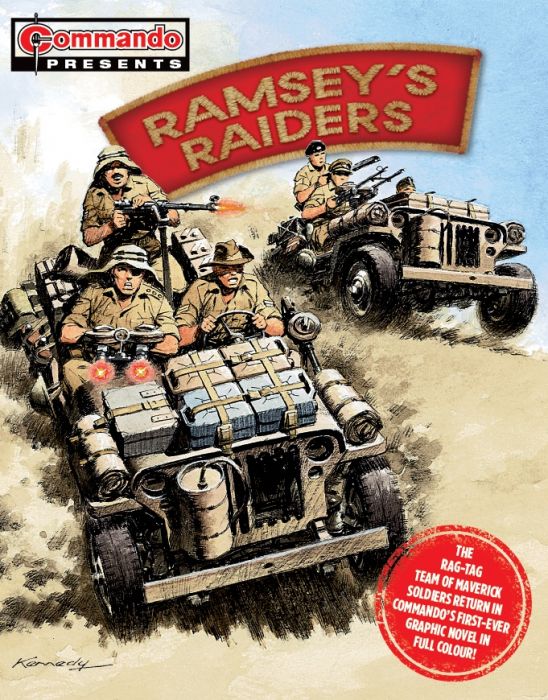